Economics 101 tells us that when a country’s inflation rises, the value of its currency tends to fall. However, this is far from the case with the US dollar. Despite runaway inflation in recent months, the dollar has appreciated significantly against major foreign currencies, including the pound sterling, euro and Japanese yen.

On July 14, the dollar and the euro reached parity for the first time in 20 years. The exchange rate offers a rare boon to American travelers to Europe, but serves as a warning to major US exporters, such as Boeing, and multinational corporations that generate overseas revenue in foreign currencies.

The US dollar index, which measures the value of the dollar against a basket of foreign currencies, is up 13% this year. This means a default discount for consumers buying things in dollars in many countries.

In Paris, American tourists have embarked on shopping sprees at luxury stores, and many at home are planning shopping trips to Europe, according to Reuters and the the wall street journal. Reuters reported tourism spending in Europe jumped 400% in June from a year ago when the pandemic depressed travel

But for businesses, a rising dollar means their products become more expensive for foreign buyers and their overseas earnings lose value when converted from local currencies to dollars.

Boeing, the largest exporter to the United States, recently lost a huge order of nearly 300 commercial aircraft purchased by the Chinese government from Europe-based Airbus. China has historically split its jet purchases between Europe and the United States, but the balance has started to tip. So far this year, Boeing has delivered only one commercial jet to China, while Airbus has delivered 47. Neither China, nor Boeing, nor China have cited exchange rates as factor in the recent aircraft order. In a July 1 statement, Boeing called the China purchase a “disappointment.”

Software and consumer goods companies are also reducing their prospects in international markets. Microsoft, Coca-Cola and Procter & Gamble are among the American multinationals that have lowered earnings forecast for the remainder of 2022 due to currency risks.

What keeps the dollar strong in a high inflation environment?

“The ongoing recovery from the pandemic, as well as the speed with which the Federal Reserve reacted to inflationary pressures, partly explains the strength of the dollar,” said Peter C. Earle, economist at the American Institute for Economic Research, a Char thinker.

Since the beginning of the year, the Fed has raised its interest rates several times in an attempt to contain inflation. Europe faces equally high inflation from the war in Ukraine, but the European Central Bank has yet to raise rates as aggressively as the Fed. In Japan, where inflation is much more subdued, the Bank of Japan kept its main policy rate close to zero.

This means that interest-bearing assets denominated in US dollars are more attractive to investors than assets based on foreign currencies. Like goods and services, the value of a currency is determined by supply and demand. As investors flock to the dollar, the value of other currencies falls.

Growing economic and geopolitical uncertainties are also fueling demand for dollar assets, Earle added. In June, the U.S. dollar accounted for almost 60% of global central bank reserves, according to the International Monetary Fund.

Mixed impact on US consumers and businesses

Domestically, the impact of a strong dollar means cheaper imports, which “eases some of the pain of rising inflation for American consumers,” said Earle of the American Institute for EconomicResearch.

Thanks to a strong dollar, the price of imports, excluding fuel, has been falling for two consecutive months, according to the Department of LaborThe most recent reading of July 15. Over the past year, non-fuel import prices rose 4.6% in June, about half of the overall increase in consumer prices. 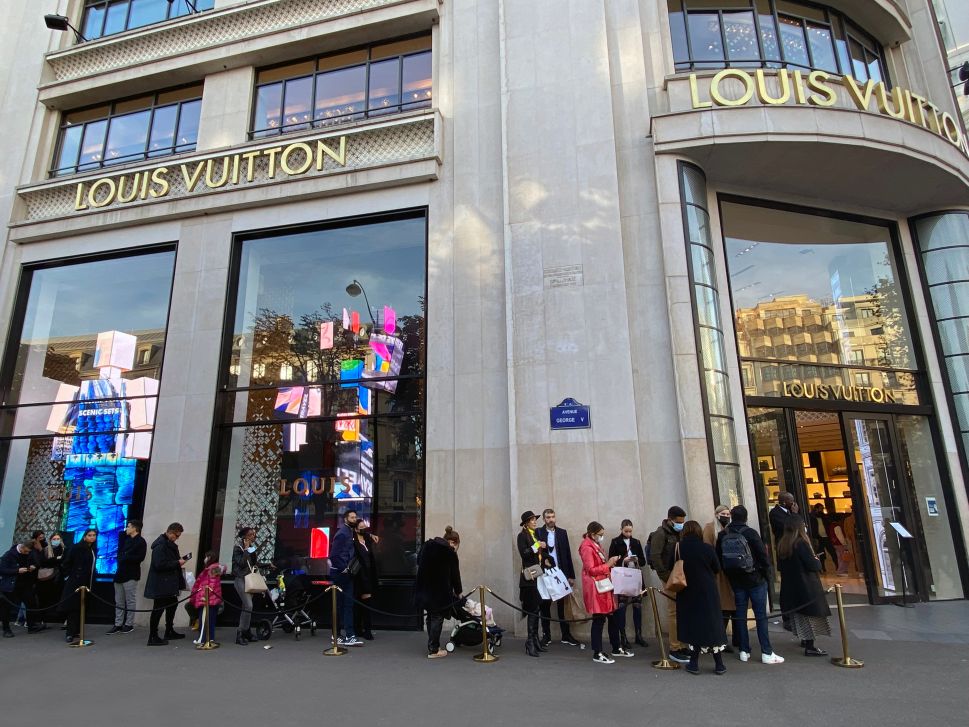